The AQCC is today (May 21) considering "Regulation 22," which would phase out a dangerous class of potent greenhouse gases known as HFCs and update the state's rules on reporting and tracking greenhouse gas pollution. The local governments are an official party to the Regulation 22 rulemaking and are providing formal testimony during the hearing.

"With every passing day the enormous dangers of the climate crisis, much like the risks of pandemics like COVID-19, become more apparent," said Anita Seitz, Westminster's Mayor Pro Tem. "Local communities across Colorado applaud the AQCC for taking this work seriously and striving so hard to protect Colorado's future."

"Carbon emissions have no boundaries," noted Denver City Council President Jolon Clark. "Denver is taking a bold lead on climate action but we can’t reach our science-based goals without cooperation from our regional partners. I’m very proud that local governments, on the Front Range and the Western Slope, large and small, have come together to tackle climate change. These new rules will help us make sure we are focusing on the strategies that work to protect our health and all of our communities."

The rulemaking is a direct result of legislation adopted last year by the Colorado General Assembly establishing statewide greenhouse gas emissions goals, directing the AQCC and other entities to update their regulations in order to meet these goals, and to dramatically improve how the state measures and tracks these emissions. The Regulation 22 proposal includes four issues of particular interest:

Although clear in the view that the state must continue taking decisive action to reduce carbon pollution, local government leaders also recognize the importance of supporting communities that are in transition from fossil-based economies.

"The decline of the fossil fuel industry is a regional challenge. If Colorado is to have any kind of future, we simply must reduce our carbon pollution levels," observed Eagle County Commissioner Matt Scherr. "But at the same time, we are committed to supporting communities through this transition."

One major benefit of new regulations that further reduce carbon pollution, especially in light of the pandemic, is that they nearly always also reduce other forms of dangerous pollution.

“Public health agencies all over Colorado are fighting a severe pandemic that targets the respiratory system,” said Cindy Copeland, air and climate policy specialist for Boulder County Public Health. "By strengthening air quality standards, we can help protect Colorado against the impacts of climate change and pandemics like this one."

*Colorado Communities for Climate Action is a coalition of 34 towns, cities, and counties across Colorado advocating for strong statewide climate policy.

**The Local Government Coalition is composed of 10 local government agencies from across Colorado, including the City and County of Denver, Boulder County Public Health, the City of Aurora, and Tri-County Health Department. 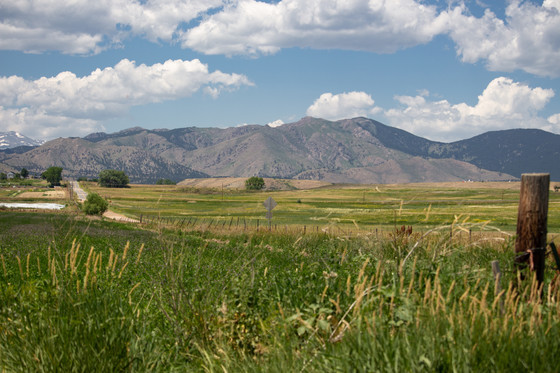