Boulder County, Colo. - The Boulder County
Housing Authority (BCHA) has completed its financial closing of the 200 unit
Kestrel development thanks to a public-private partnership that includes Red
Stone Equity Partners, Citi Community Capital, and other funding collaborators.
BCHA can now begin construction this month on the permanently-affordable
housing development, and expects to be able to move residents into the units
beginning in 2017.

Beginning this month, construction
will take place in five phases, and is expected to be completed with the
initial phase in mid-2017 and final phase in 2018. BCHA will start leasing
multi-family units in the spring of 2017 and senior units later that year.

“Thanks to the tremendous collaboration with
Red Stone Equity Partners and Citi Community Capital and others we are able to
build quality affordable housing in an area where rent and mortgage costs have
risen by 42 percent in the last four years and rent averages $2,280 per month,”
said BCHA Executive Director Frank Alexander. “Thanks to the Boulder County
Commissioners for being such strong supporters of this development from day one.”

Boulder County is responding to the region’s
growing affordable housing crisis which was exacerbated by the federally-declared
disaster, the 2013 Flood. Countywide, more than 40,000 people now spend more
than half their income on rent each month. 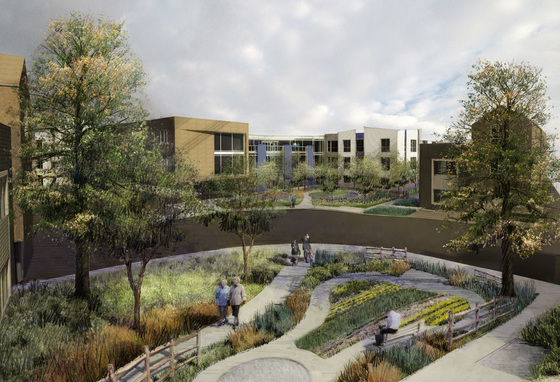 The $77.8 million Kestrel
development is being financed with a variety of federal, state, and local
funding sources, as well as conventional private debt and equity. Major funding
sources include federal Low-Income Housing Tax Credit (LIHTC) equity and a
unique funding source through state housing tax credits. Red Stone Equity
Partners was our low-income housing tax credit investor. Kestrel also received construction
and permanent financing from Citi Community Capital, Private Activity Bonds,
and federal disaster recovery funds from the Colorado Division of Housing. Approximately
$1 million in permit and fee rebates were injected into the Kestrel development
from the City of Louisville, another $580,000 from the Boulder-Broomfield
Regional HOME Consortium, and more than $1 million was provided by the
tax-payer initiative Worthy Cause funds.

“Beyond the city’s
important financial support, we are also grateful to the Louisville City
Council for recognizing the severe need in our community and supporting this development,”
said BCHA Deputy Director Willa Williford.

Including council and
planning board meetings, over the past several years, BCHA has held close to 50
public meetings in which city officials and community members provided feedback
on the development. “It’s important for
us to listen to the community, and we’re inspired by the support of those
who’ve come out to engage with us. Their collaboration has led to a sustainable
and quality design that matches the unique character of their city,” Williford
added.

History and Foresight of the Project

Boulder County purchased the
13-acre property, located on the west side of Highway 42 just north of South
Boulder Road, for $2.58 million in March 2013. The acquisition followed an
August 2012 Inter-Governmental Agreement between BCHA and the Louisville
Housing Authority under which BCHA committed to increase the number of
affordable units in Louisville within five years. Kestrel will include 71 units
for people 55 and older and another 129 units for families, and will serve households
with incomes up to 60 percent of the Area Median Income.

“Stable, quality
affordable housing is critical to the overall strength and resilience of our
community, yet it’s unattainable for far too many people in Louisville and
across our county,” said Boulder County Commissioner Deb Gardner. “Increasingly,
we’re working cooperatively with other governments and neighborhoods to develop
more solutions. Kestrel is an important investment in our community’s future
during a time in which these kinds of opportunities are becoming a challenge in
Boulder County.”

In addition to creating an inclusive,
multi-generational community to help meet the region’s growing demand for
affordable housing, BCHA has followed 100-year thinking in its design,
incorporating sustainability planning with future generations in mind. Kestrel
will maintain high energy sustainability – exceeding governing sustainability
measures by 50% – and will incorporate site-wide geothermal heating and
cooling, natural features, regional trail connections, green space, innovative
play structures, and a state-of-the-art community building. Kestrel will have a
property manager on site and, as with BCHA’s other properties, will have
coordinators to link residents to other supportive resources and services.