Having trouble viewing this email? View it as a Web page.

Boulder County, Colo. – The Boulder County Clerk and Recorder’s Election Division, in conjunction with the Colorado Secretary of State, has begun a voter education campaign that aims to inform unaffiliated voters about their ability to vote in the upcoming June Primary and the options they have in selecting and casting their ballot.

Here is how it works:

In order to help save time in the long run, the Boulder County Elections Division asks that if unaffiliated voters already know which party’s primary they want to participate in, such as if they want to vote for particular party candidates at the state or county level, to update their voter registration with their “ballot preference” at www.Uchoose.CO.Gov ideally by May 8. Selecting a ballot now helps save Boulder County taxpayer resources because the county will only need to print and mail one ballot instead of two, and it saves valuable time and staff resources on the ballot processing side of the elections operation. Selecting a ballot preference now also makes it easier for the voter to mark and return only the party primary ballot of their choosing.

Declaring a ballot preference does not change a voter’s unaffiliated voter registration status. It simply means the voter will only receive one ballot in the mail.

“Since the ability for unaffiliated voters to participate in the Primary Election without declaring an affiliation has never happened before in Colorado, our office, as well as the Secretary of State’s office, wanted to spend some time communicating to voters about the process and what to expect,” stated Hillary Hall, Boulder County Clerk and Recorder. “We are especially interested in educating voters that since they can only vote one ballot by law, that in order to prevent potential voter mistakes and save time, paper waste, and lower county costs, if one is ready to make a decision on which party’s primary they want to vote in, to make that selection now rather than wait. But either way, we want people ready to vote and understanding that they may only vote one ballot.” 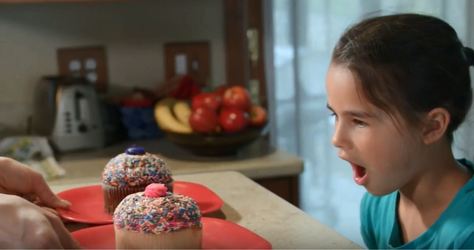 Boulder County Primary Election "You can only..." Video

As part of the education effort, Boulder County Elections produced a short video about the process and is encouraging unaffiliated voters to pre-select their ballot preference, if they are ready: https://youtu.be/oaskAIGlXAk. Additional outreach will be conducted online and by mail.

For those registered with a political party, there are no changes to the Primary Election process. The voter will get a ballot in the mail for their political party affiliation. Additionally, no minor political parties are holding primary elections this year, and voters registered with those parties will not receive a ballot. Ballot content will be available online beginning May 1 and ballots will be mailed the first week of June.

For more election information, including additional information about the Primary Election and answers to frequently asked unaffiliated voter questions, visit www.BoulderCountyVotes.org or call 303-413-7740.