With the Resonance Women’s Chorus of Boulder on Saturday, April 22, and Sunday, April 23; and Saturday at the Front Range Film
Festival in Longmont

Boulder County, Colo. - The (In)visible Boulder County project was created as a way
to start the conversation about many of the vulnerable populations found
throughout Boulder County – the working poor, immigrants, youth in crisis and
the transgender communities. Boulder County became involved with the project to
as a way help the community to better understand that many in the county are
not affluent, with big homes and impressive jobs. That’s only part of the
story. The (In)visible project uses photographs and film to help everyone
understand the struggles


that many go
through every day.

The project was created by Kassia Binkowski, Creative
Director of One Thousand Design, and sponsored by the Boulder County Community
Services Department. All of the interviews took place in Boulder County
in partnership with the Circles Campaign, Boulder County Head Start, Sister
Carmen Community Center, EFAA, Out Boulder County, Attention Homes and
Intercambio.


The photographs from the project are currently being shown
at locations around the county. There are also (In)visible Boulder County radio
stories being aired on KGNU
every Tuesday.

Now the film from the project is available, and the initial
public showings will take place at two different venues this weekend. This is
the first time county residents will have the chance to see these stories as
told directly by the people involved. The trailer for the film is available here.

The ten-minute film will show as part of the Resonance Women's
Chorus of Boulder concerts at the First United Methodist Church, 1421 Spruce St., Boulder.
Show times are:

The film will also be included in the Front Range Film Festival in Longmont
this weekend. The film will play on a loop throughout the day on Saturday,
April 22, as a special community promotion at the Firehouse Art Center, 667 4th
Ave, Longmont.

Information
about additional showings of the film and photographs will be posted to the
Boulder County website as they become available. 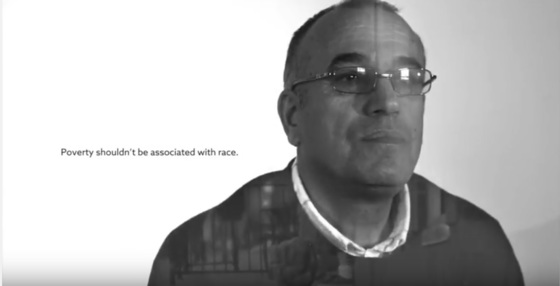